Hello felines and their peoples,  It is Oscar reporting from a sunny window.   The sun is deceptive as the sunnier it is the colder it be.    Thankfully, I don't have to go outside and can just have wonderful naps.  Cold weather is the best for cozy naps!  Mom is on staycation mode and had a massage booked for this week ....she had back spasms several years ago and massage seems to be doing the trick for her.  Thank goodness because when her back hurts we felines suffer!! 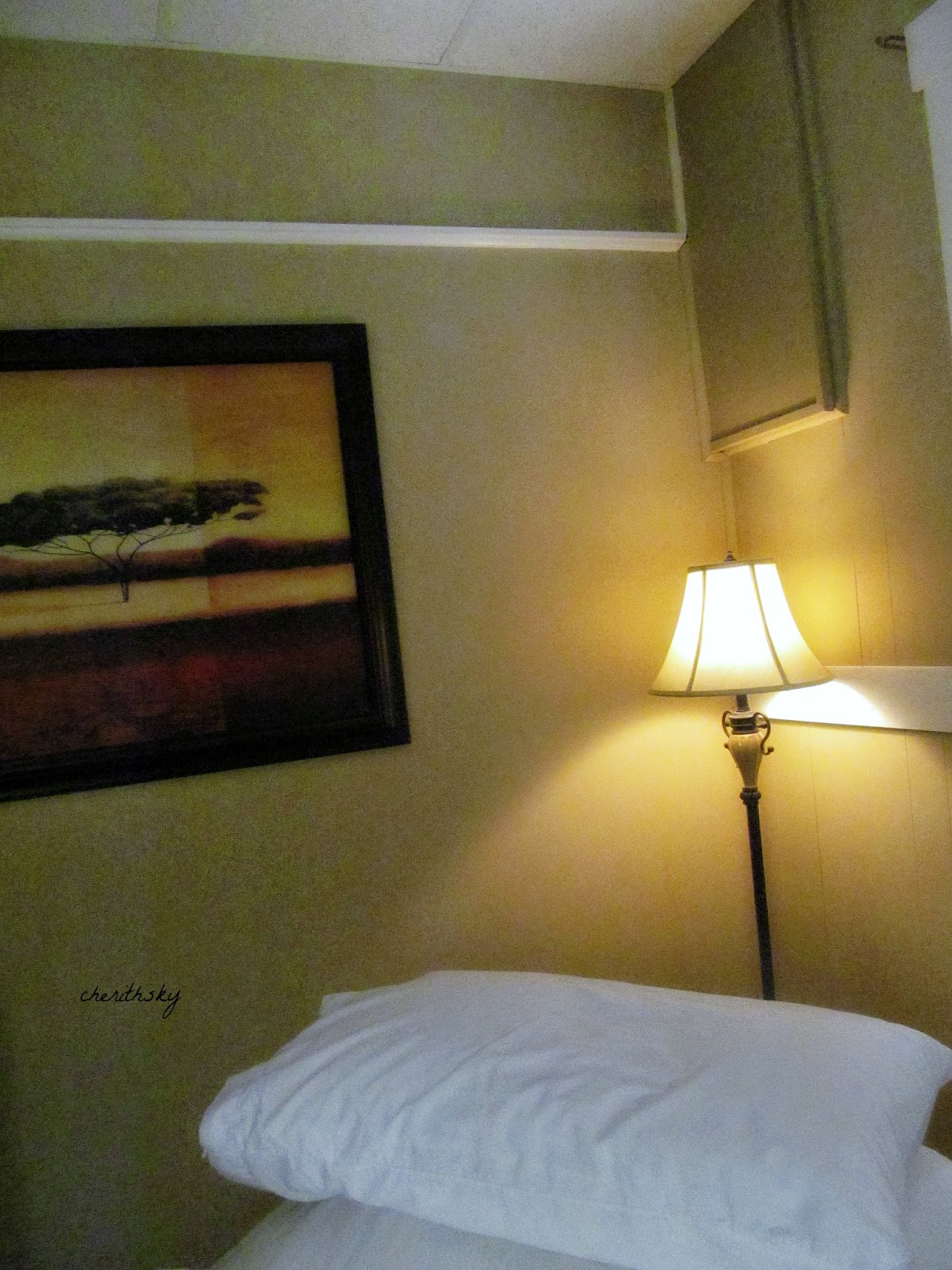 It's very soothing at her massage place--there is a heated blanket and soft music.   After she treated herself by going to pick up a scone! 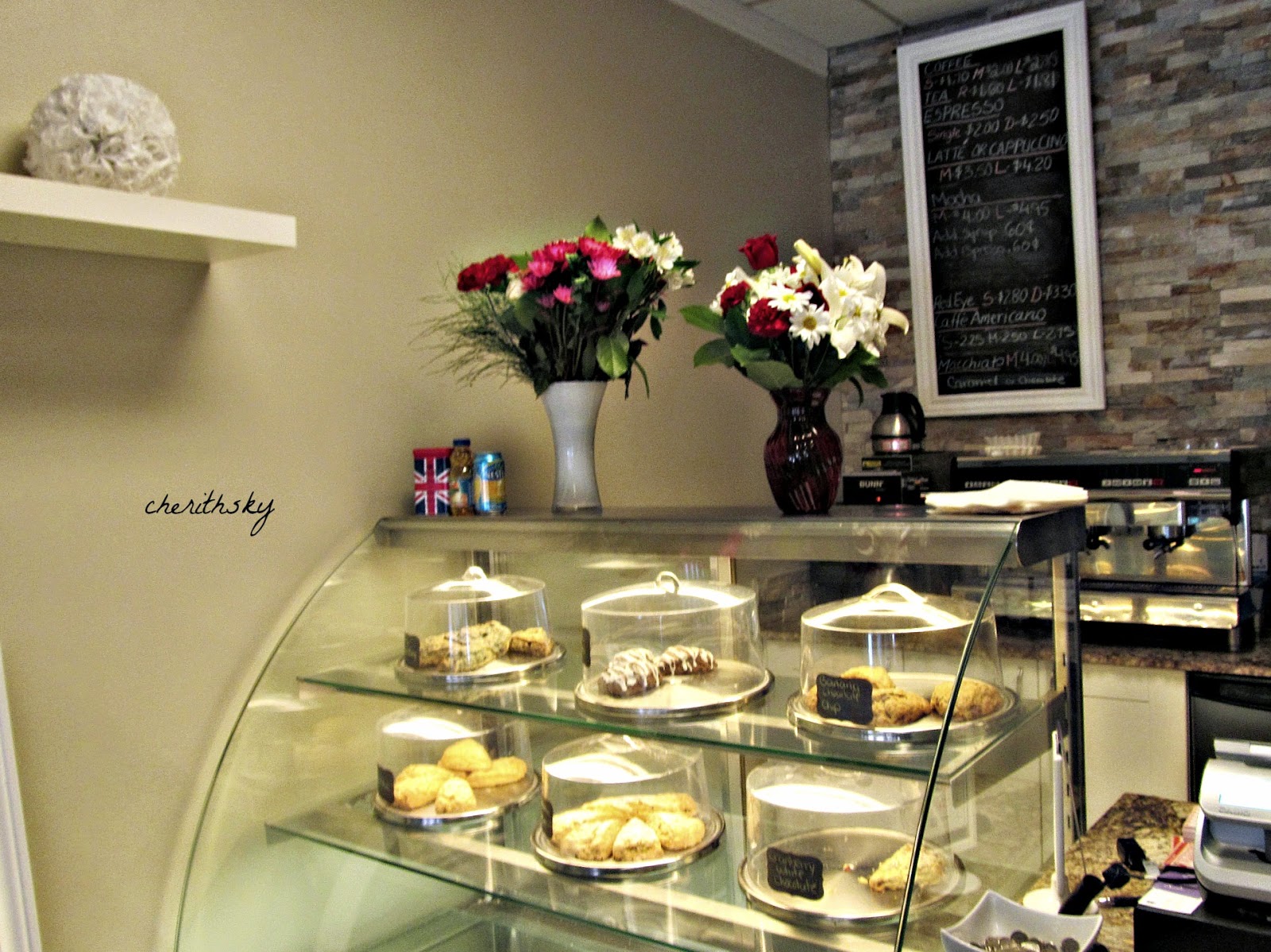 There were a couple of choices and she finally selected the white chocolate and raspberry. 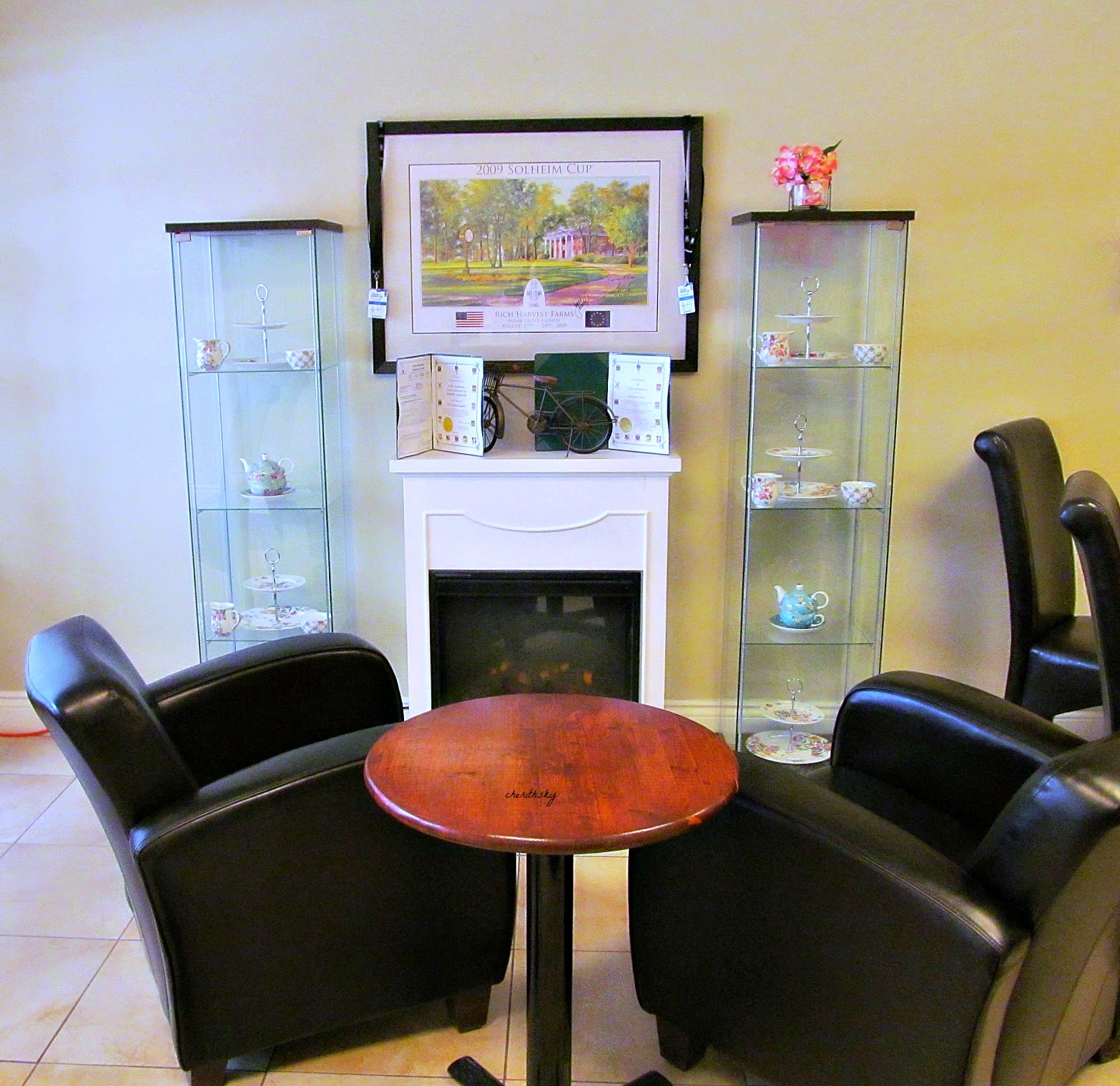 Some day she even hopes to sit down in front of this fire and have her scone.   She had just finished shopping at the thrift store, though, and wanted to enjoy her scone with us as company! 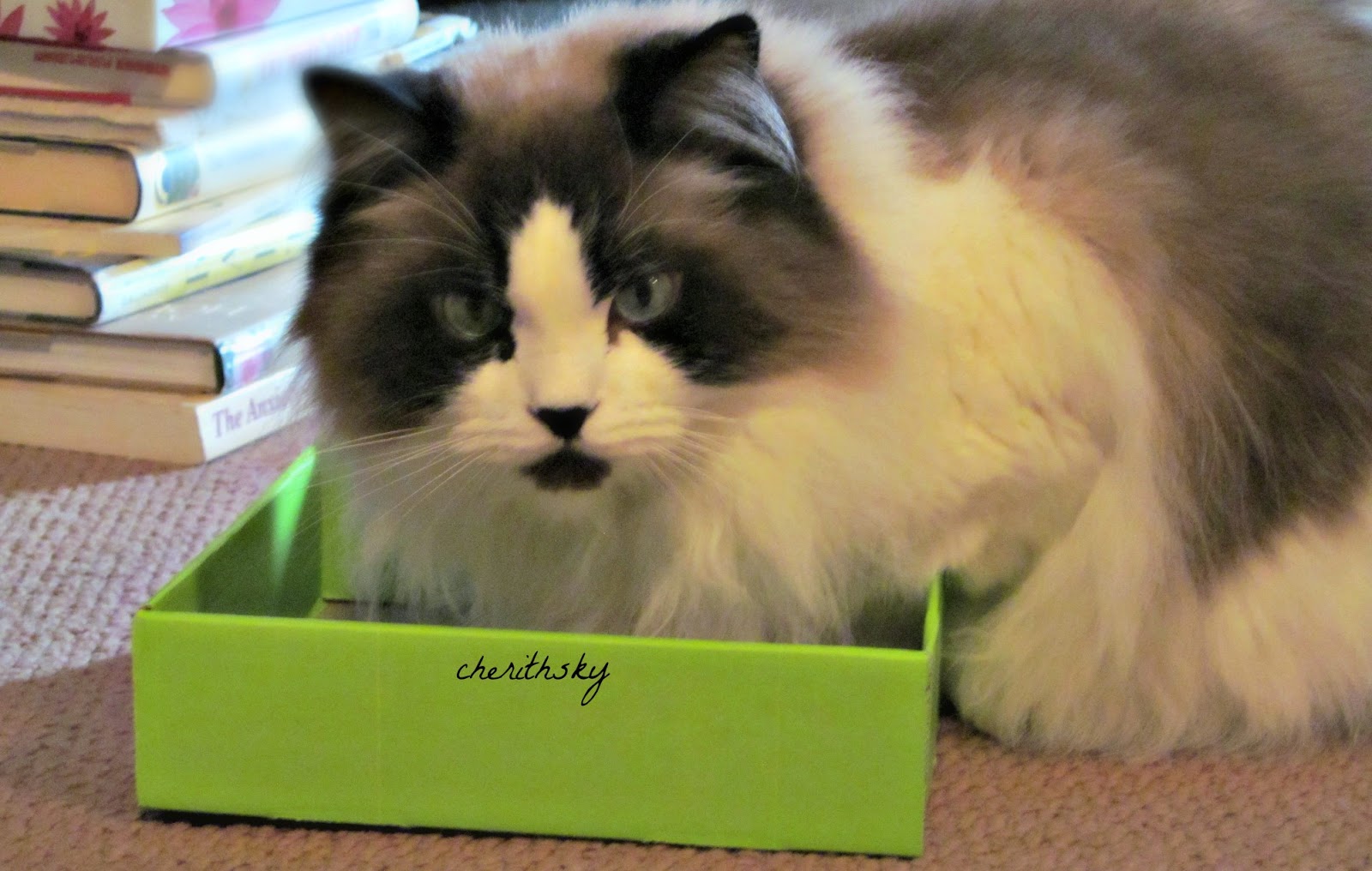 Hi all.  It's my turn now.  I have a gripe or two to relate and it's mostly concerning a hyperactive fluff ball who is NOT me.   It's that Emily.  Don't misunderstand me I like her and all (maybe I ever like her a whole lot!) but she doesn't know the meaning of boundaries. 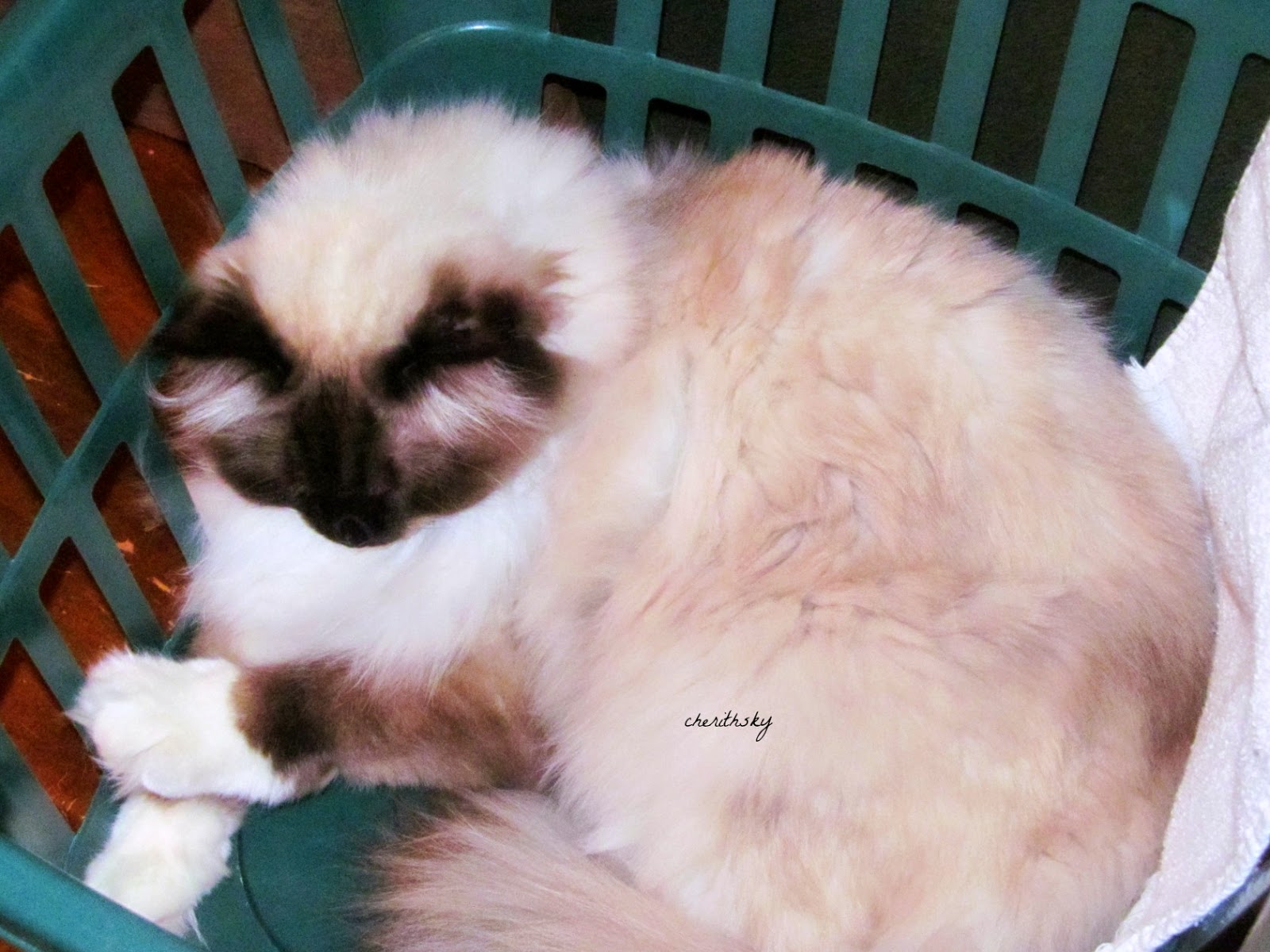 See-this is Emily in my laundry basket.  I'm supposed to be the one who gets to fur up the freshly laundered clothes.  Emily now steals it away from me. 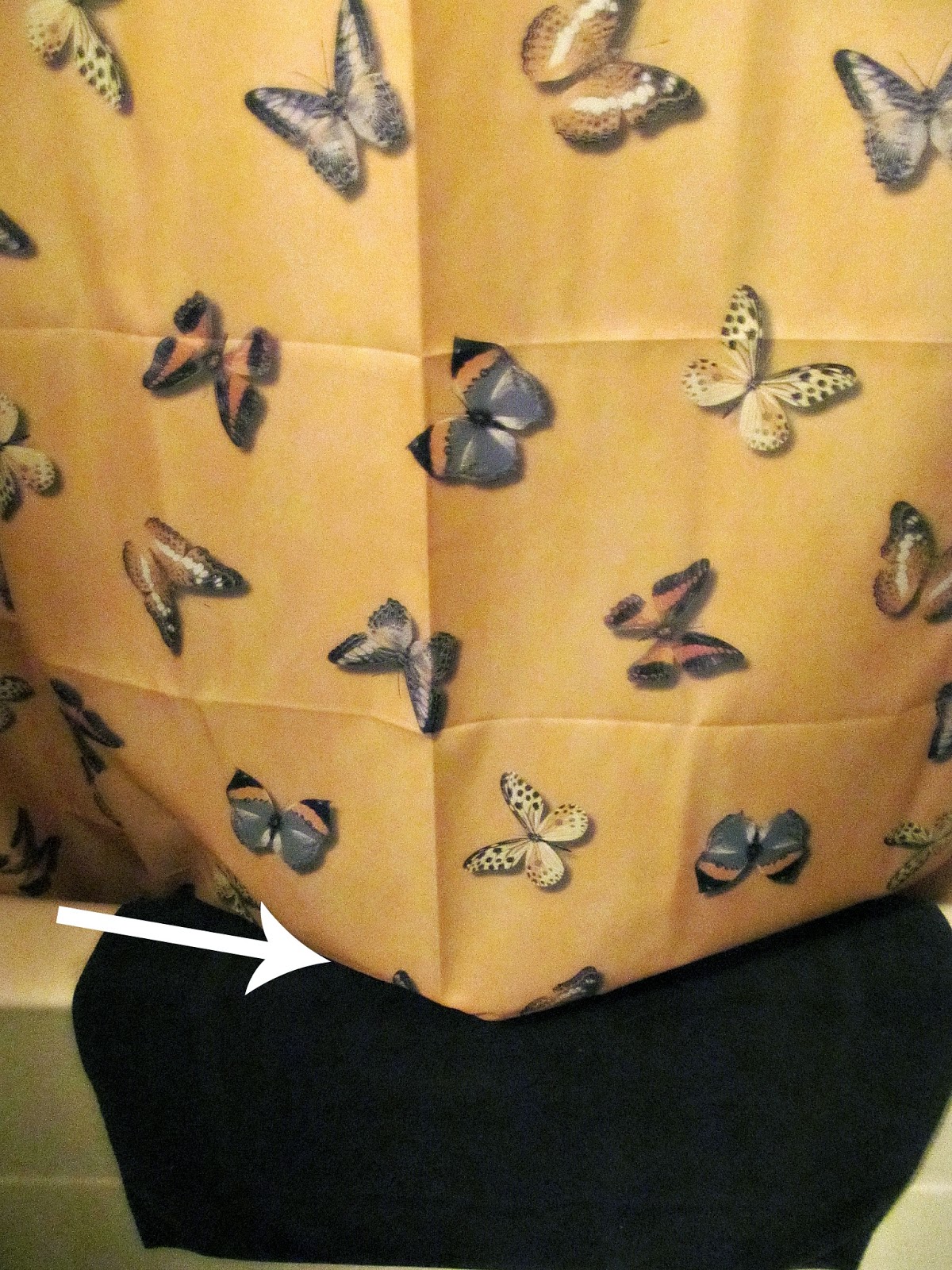 Plus-see that bulge in the shower curtain.  Emily.  Again.  Mom said if she didn't know better she would think "something" was behind there ...something scarifying!  Speaking of which --it's Emily's turn now--- 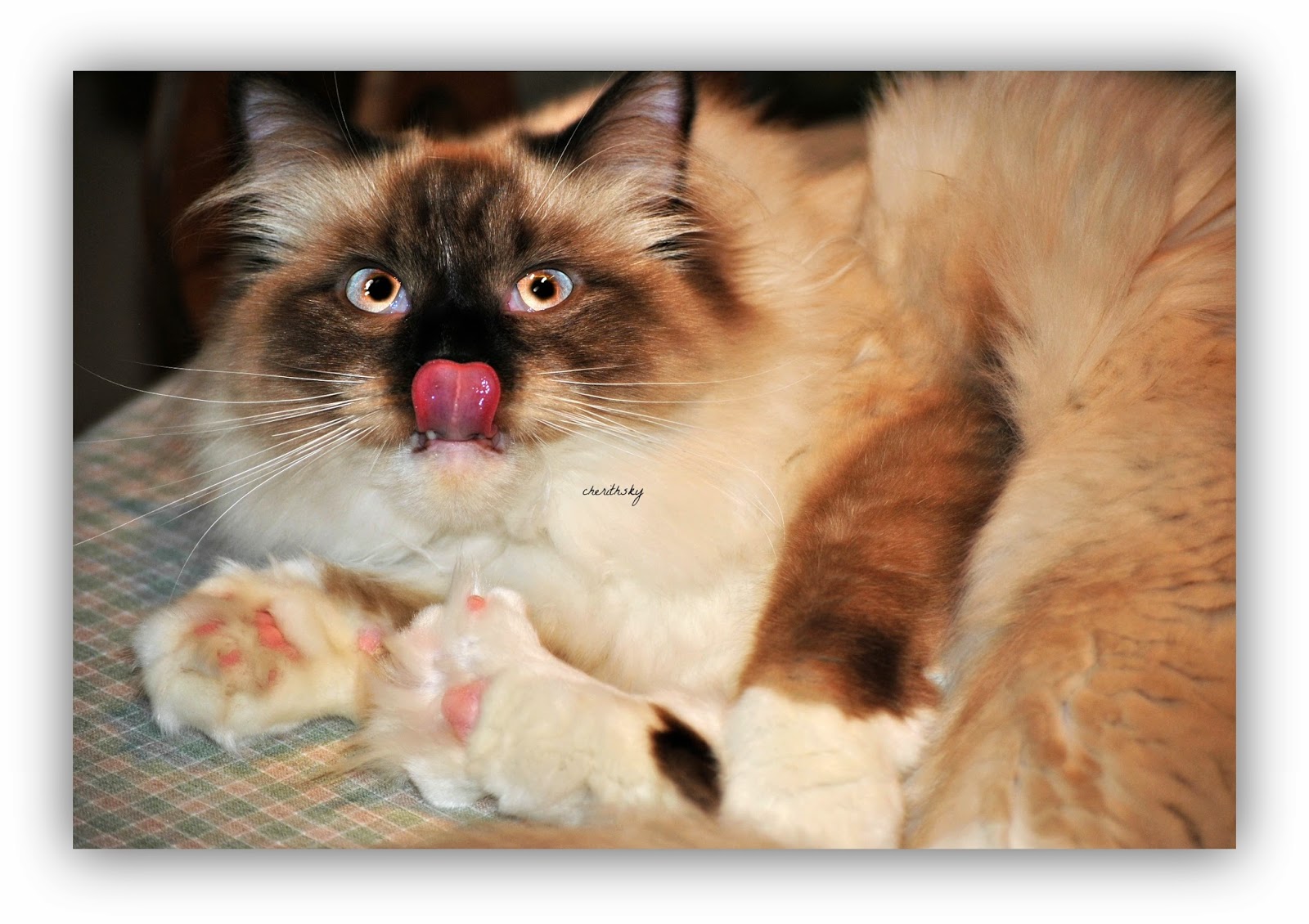 Hey Winston!  I heard that.   Pfffttt....I just have a lot of energy but I think people and felines will feel bad for me when I tell them I have suffered a visual atrocity!  Just today Mom was  cleaning and thought it might be fun if she tidied up with her ipod music playing in the background.   Before I knew what had happened she stopped cleaning the fridge and was bopping her way around the apartment  *shudder* it was terrible.  Winston and Oscar didn't seem the least bit fazed but I've never seen such a demonstration.  I thought Mom was mostly sane.   The boys said it happens once in a while and it's probably only because she has been sleeping in and has a bit more energy.  I'm not sure when I can get over it, though.  I will close for now and leave you with a peaceful bird scene to sweeten over the Mom trying to dance image.   Purrs for a great week from us all! 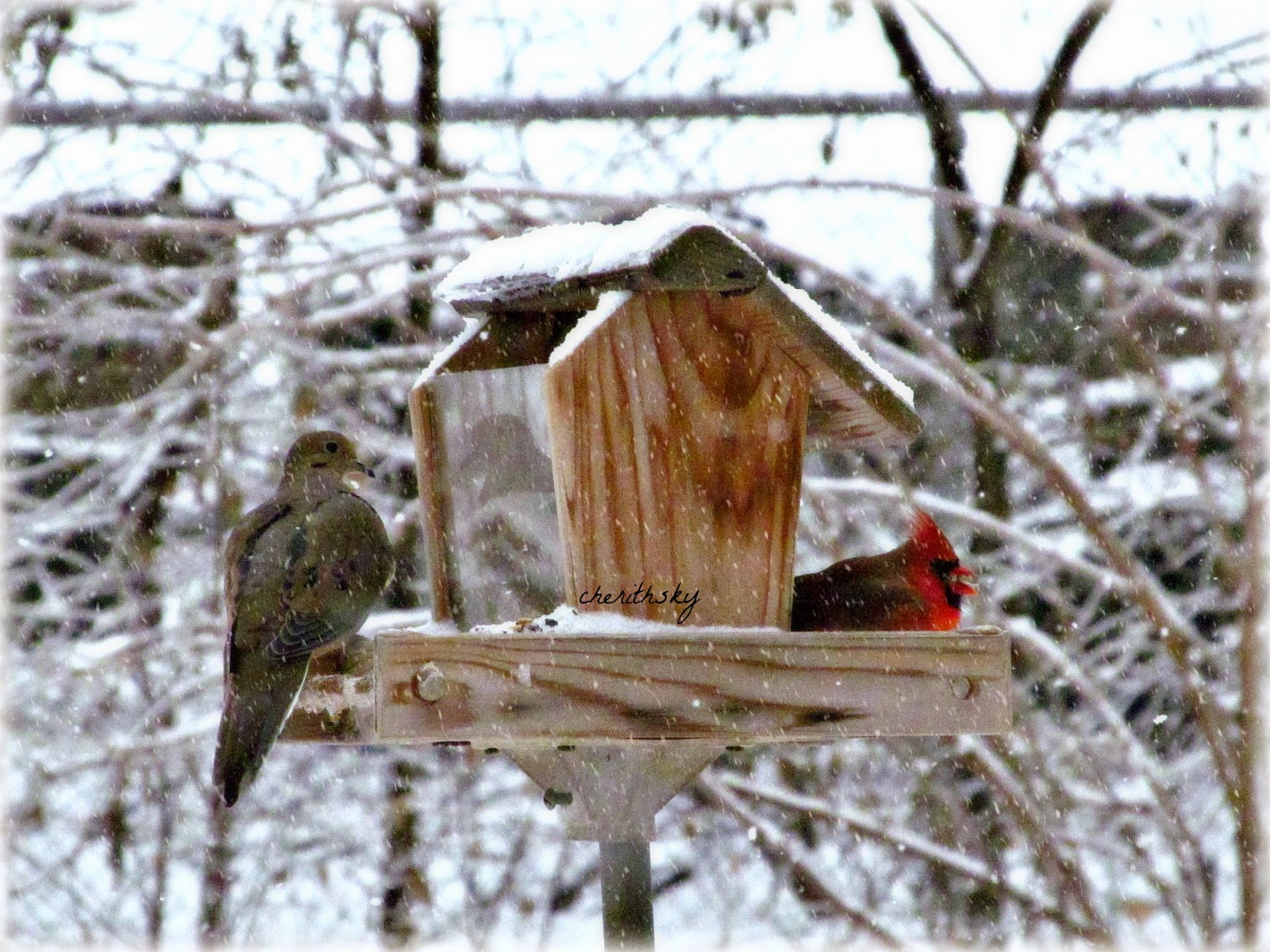 Posted by Maggie from Stillness at Cherith at 6:40 PM

Maggie from Stillness at Cherith
I love photography, cats, reading and dark chocolate =) Some of the photos on this blog are from my Flickr photo stream. My Flickr name is cherithsky The words you speak become the house you live in Hafiz

Searching for blessings in the rush of everyday life